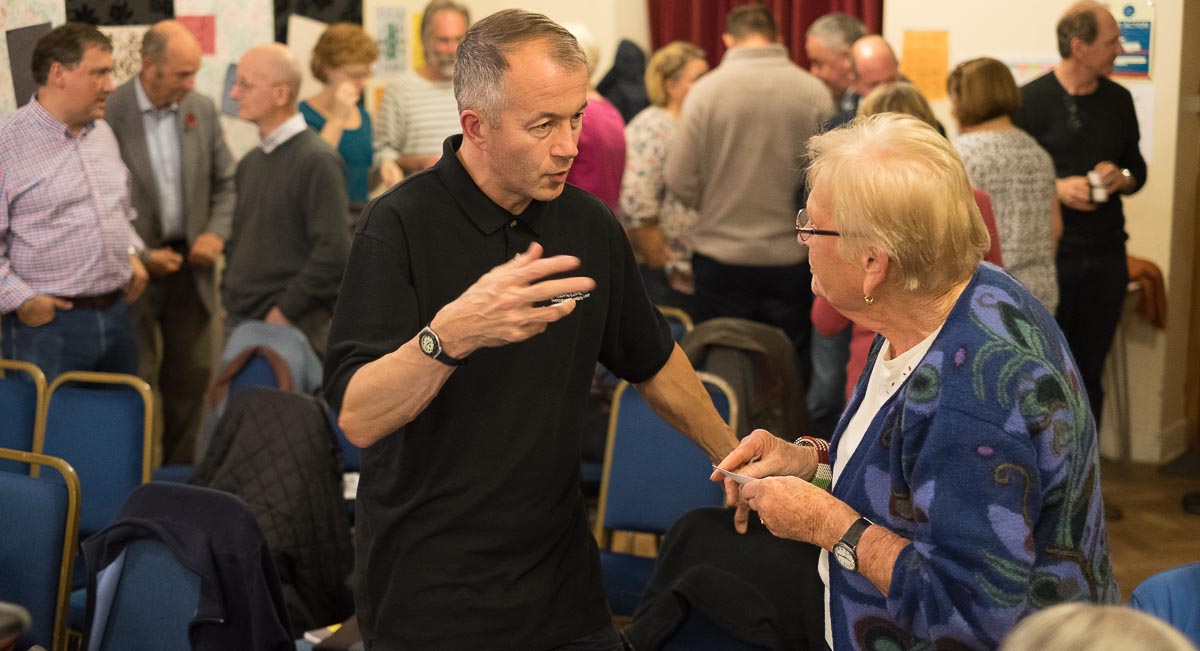 Techniques and Tips in Wildlife Photography 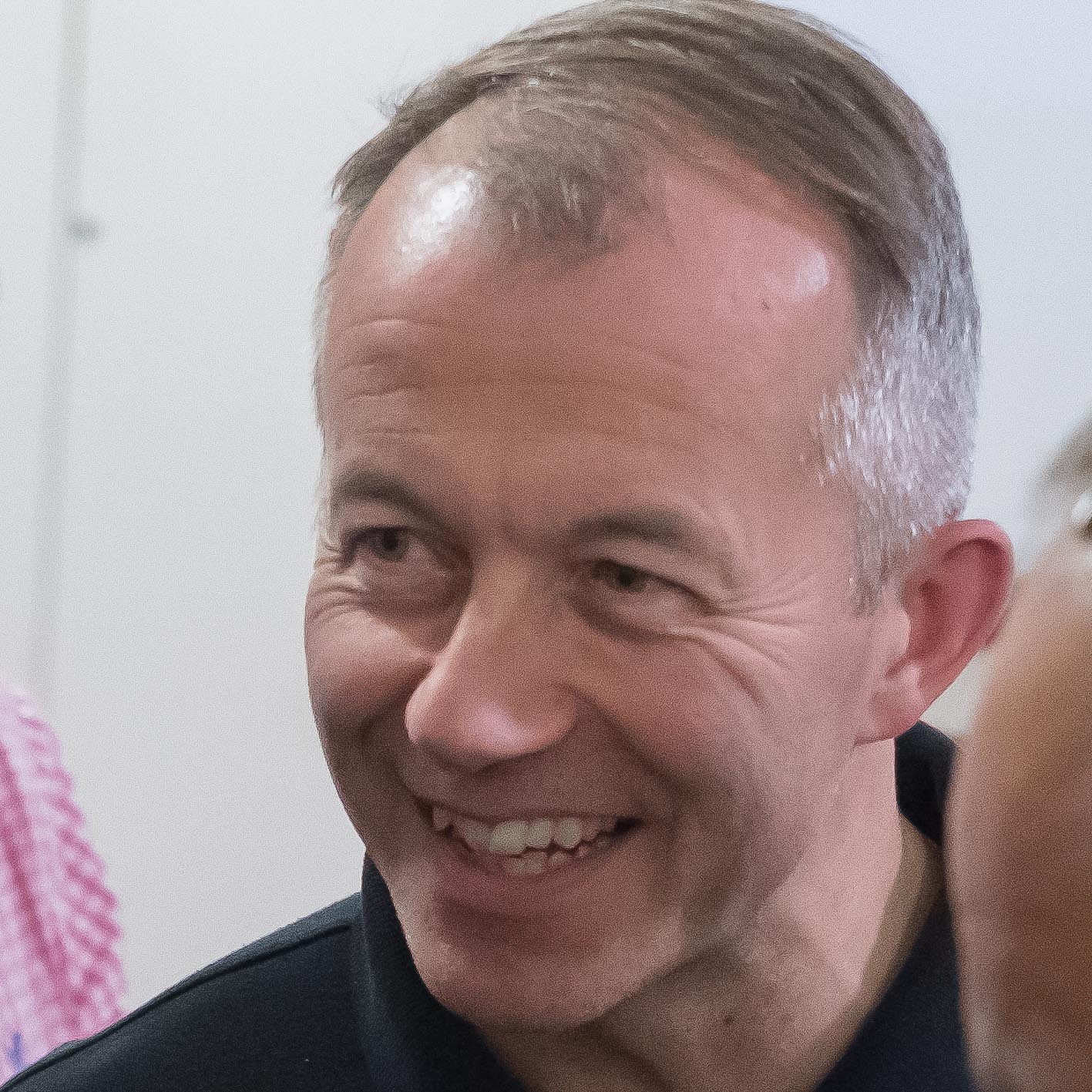 Andy Sands is a leading wildlife photographer. He sells his images through various image libraries. The Nature Picture Library stocks Andy’s over 2000 images. 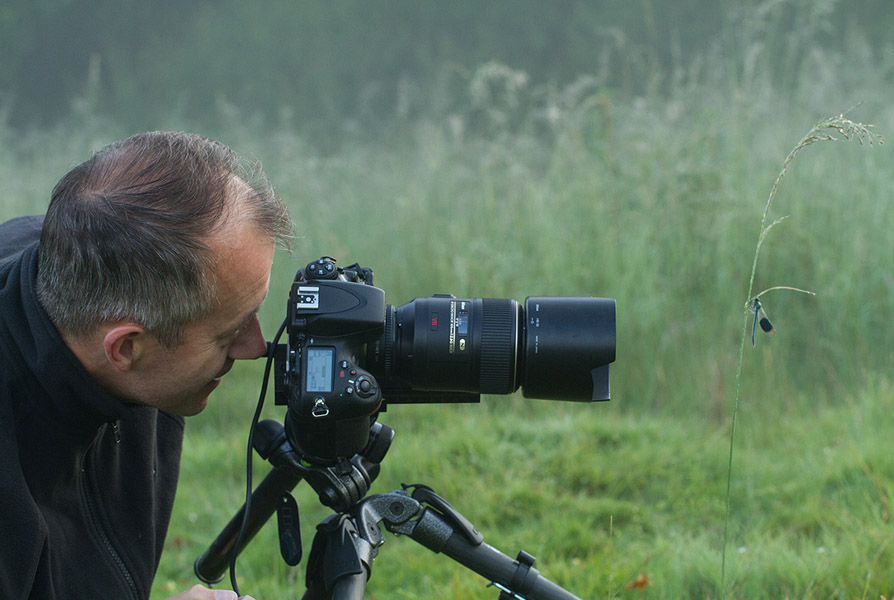 Like many professionals, who started photography before the digital era, Andy used to shoot on slide films. As the digital cameras began to evolve he switched to DSLRs. His first DSLR was a Nikon D100 that had a 6 MPX sensor. He gave us a very interesting comparison between the dynamic range, or DR for short, of slide films and digital in the early days. He then showed us how the resolution and DR of the camera sensors is continuing to improve. 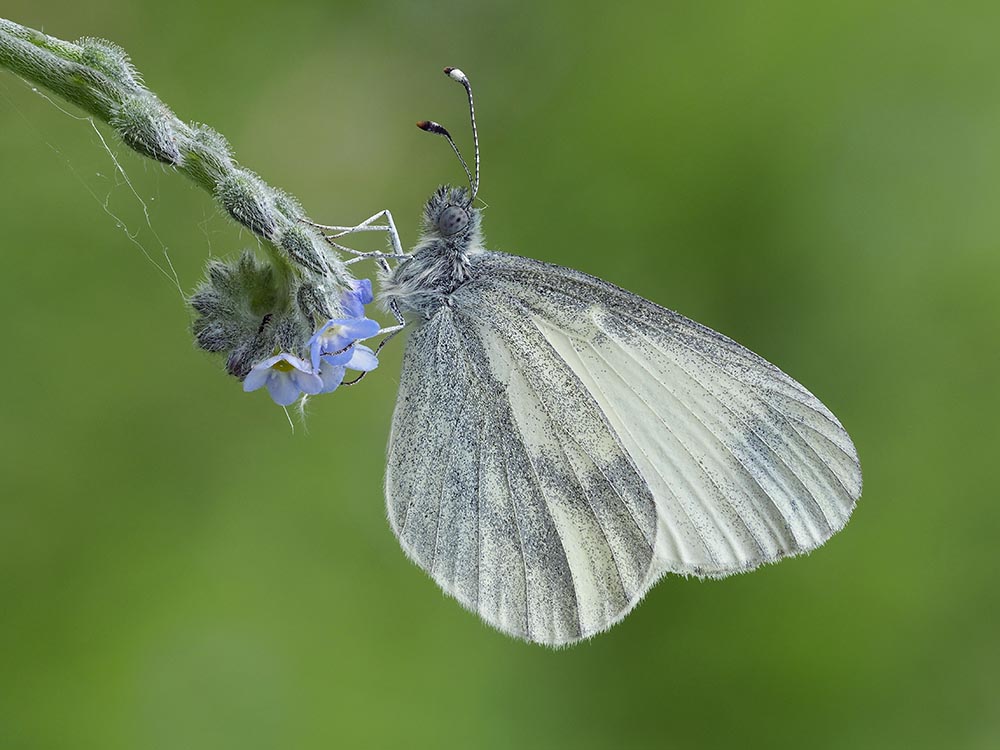 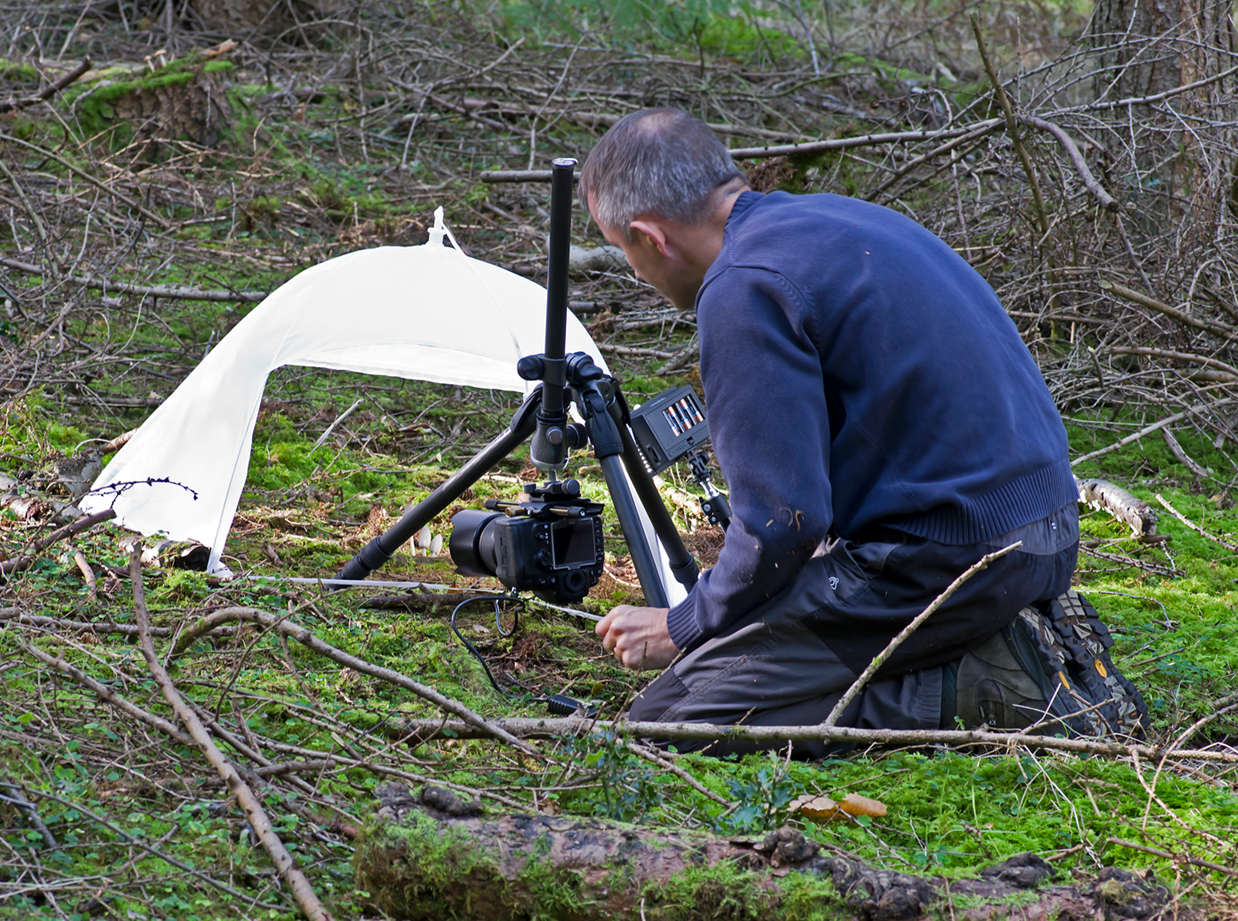 He uses a Nikon D850 with a 500mm lens and 105mm Nikkor macro lens most of the time. However, recently he has started using an Olympus OM-D E-M1 Mark II digital camera body with a 300mm f4 lens. This gives him an effective focal length of 600mm when translated to a full frame DSLR. 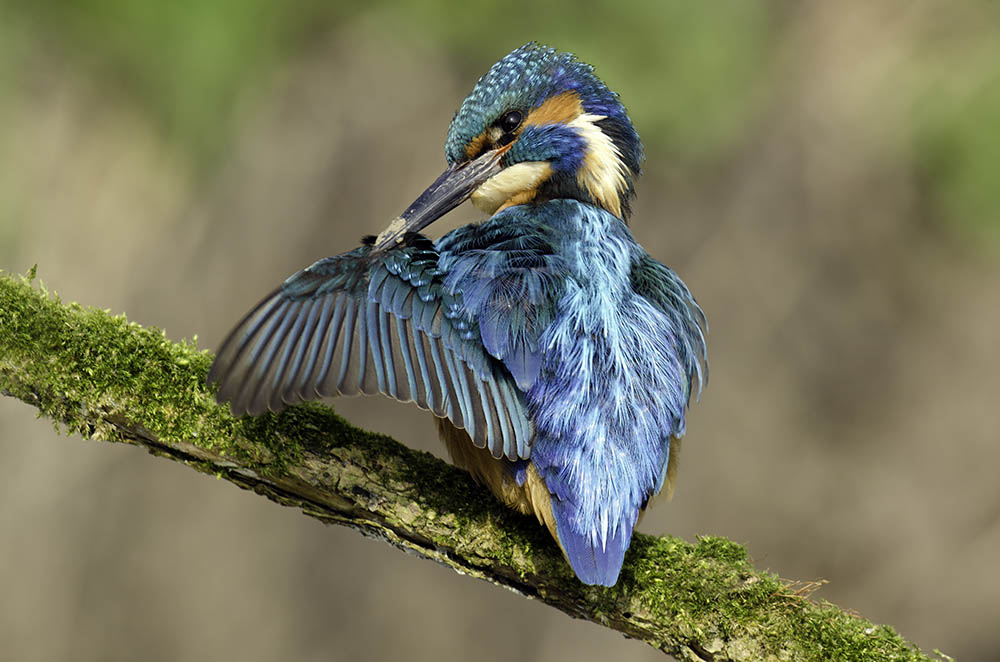 He says that he has fallen in love with his newly acquired Olympus OE-M1 Mk 2 in spite of its small sensor format. Being a Micro Four Thirds sensor it’s only 17.4 x 13mm in size, which is much smaller than 36 x 24mm sensor on his Nikon D850,  in size. Andy finds that the biggest advantage of his E-M 1 is that it’s mirrorless and shoots silently.

Andy also loves the built-in focus stacking function in his Olympus, which enable him to get the right amount of depth of field in his subject even at f2.8 or f4. 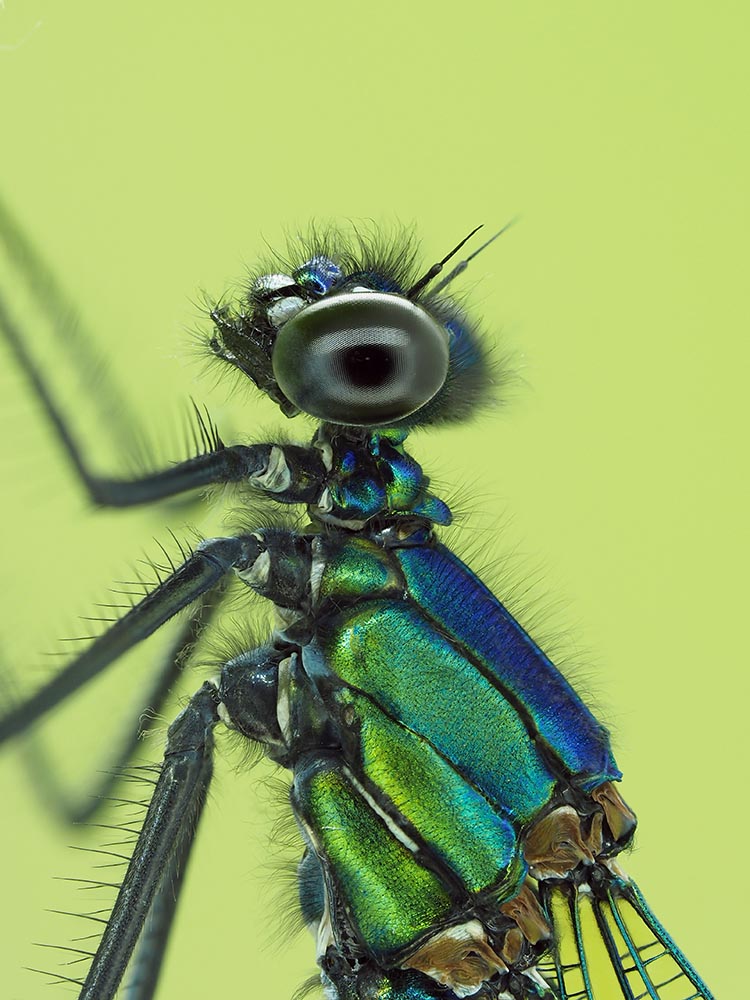 He illustrated his talk with the images of owls, birds of prey, wading birds, fungi, insects, butterflies and harvest mice. Andy showed us some behind-the-scenes images which were very helpful. he also explained the techniques he uses to get his images. 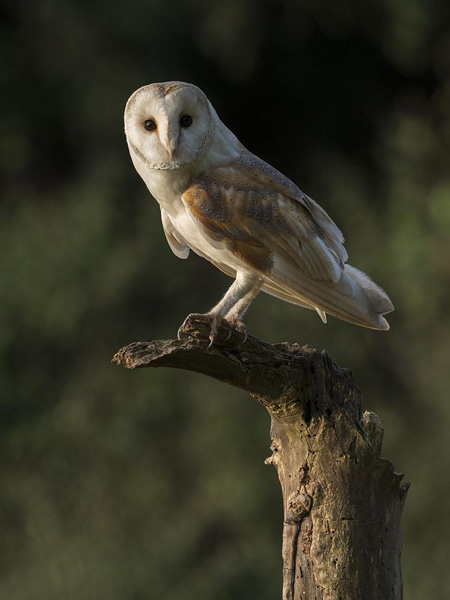 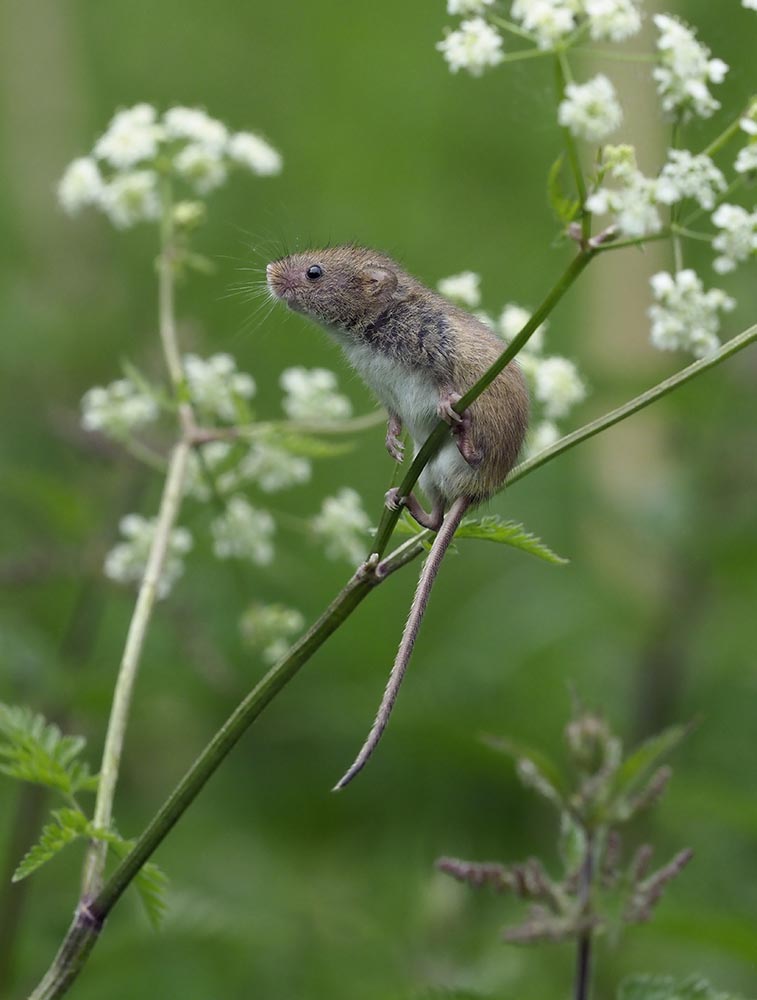 One thing we learnt from Andy is that wildlife photography requires a lot of knowledge and behavious of wildlife, patience and dedication. He told us that sometimes he spends 13-14 hrs in a hide to get the image of a bird of prey. 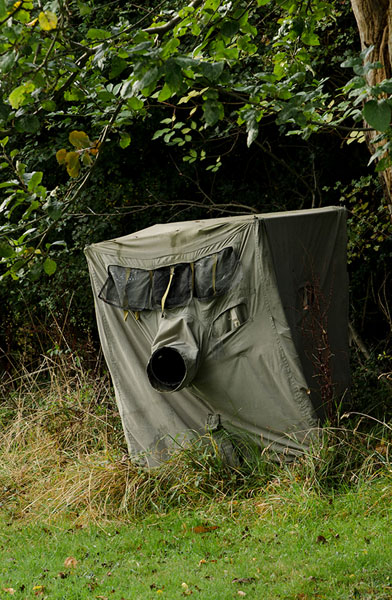 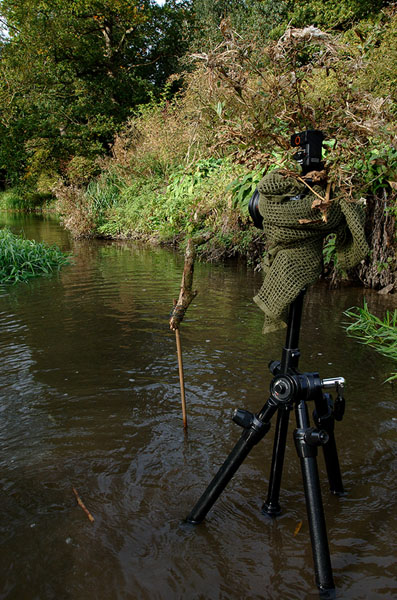 Thank you Andy for a very inspiring and educational evening. You are not just a great wildlife photographer but also an excellent communicator with a good sense of humour.

[All images are copyright of Andy Sands and have been reproduced here by his kind permission. Unauthorised copying of these images or their reproduction is prohibited.]

The Experience of Creating Images 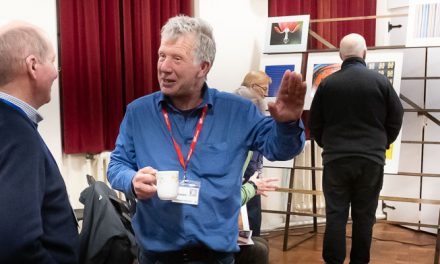